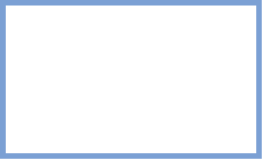 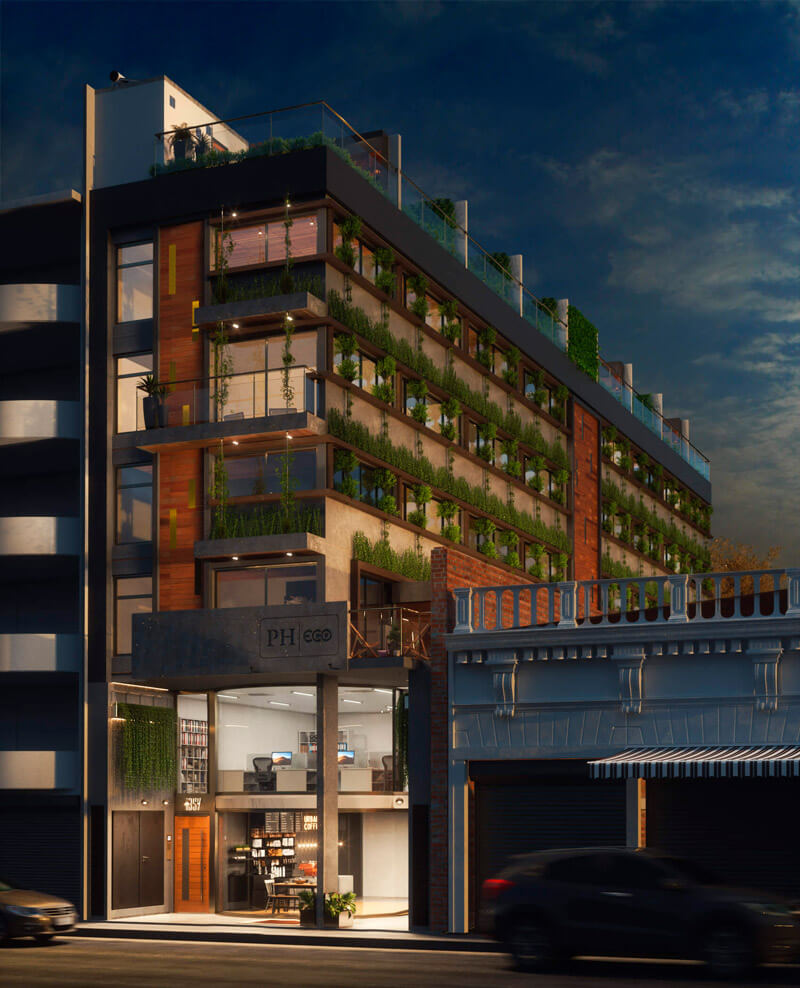 This building’s proposal is that of all PH eco developments, where each unit has its own green area, an independent grill, top-quality construction materials and access to common areas, such as the bike garage or object library.
Sticking with sustainability, the building will count with solar panels and water heaters, LED lighting and a rainwater harvesting system, thus keeping maintenance fees really low.
The ground floor was organically designed, with winding shapes and curves, and a big green area.
The building has 2 commercial units on the ground floor, 2 offices on the first floor and 16 2-room apartments on the upper floors.

San Telmo is one of the oldest and most traditional neighborhoods in Buenos Aires and has witnessed many of the significant historical milestones of the city. It is a bohemian neighborhood and it is ideal to get to know it on foot, appreciating its cozy old environment while learning about the city’s past.
This neighborhood was home to the city’s richest families until 1871, when the yellow fever epidemic devastated the area, and survivors moved to the northern part of the city.
After these families disappeared, European migrants took advantage of its colonial buildings and crowded together in the so-called “conventillos”, where families scraped by, packed together in small rooms.
The northern part of the city further enriched, while San Telmo got to its deepest decay and it was even considered that it should be demolished. In 1970, the antiques fair of Plaza Dorrego was created and it was decided to keep the area’s architectural heritage. San Telmo’s heart is on Defensa street, from Plaza Dorrego – the city’s oldest park after Plaza de Mayo – to Parque Lezama. Every Sunday, a unique, interesting antiques fair is put together in the park. PH eco 3 is located in the middle of Defensa street and is surrounded by bars, museums and the tourist scene.
San Telmo is one of the city’s best-preserved neighborhoods and is full of places of interest, such as Zanjón de Granados, the Antonio Ballvé penitentiary museum, the Museo de Arte Moderno de Buenos Aires (Museum of Modern Art), as well as some really strange places, like Casa Mínima. 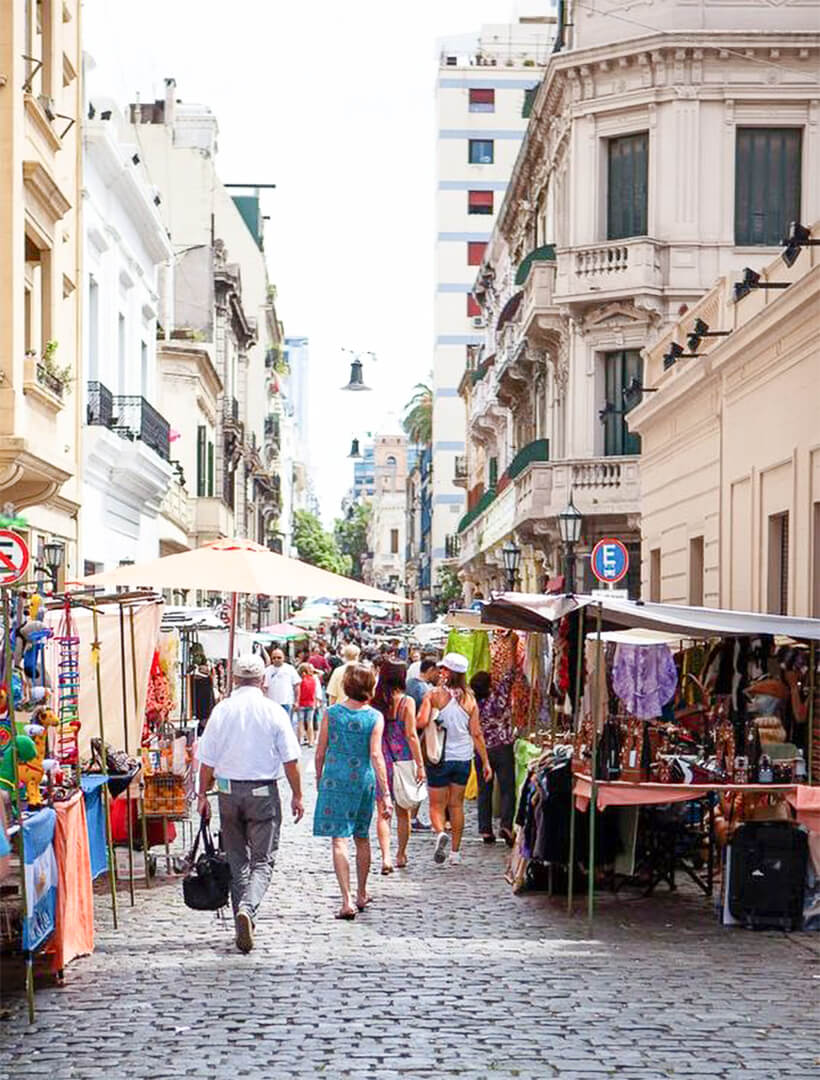